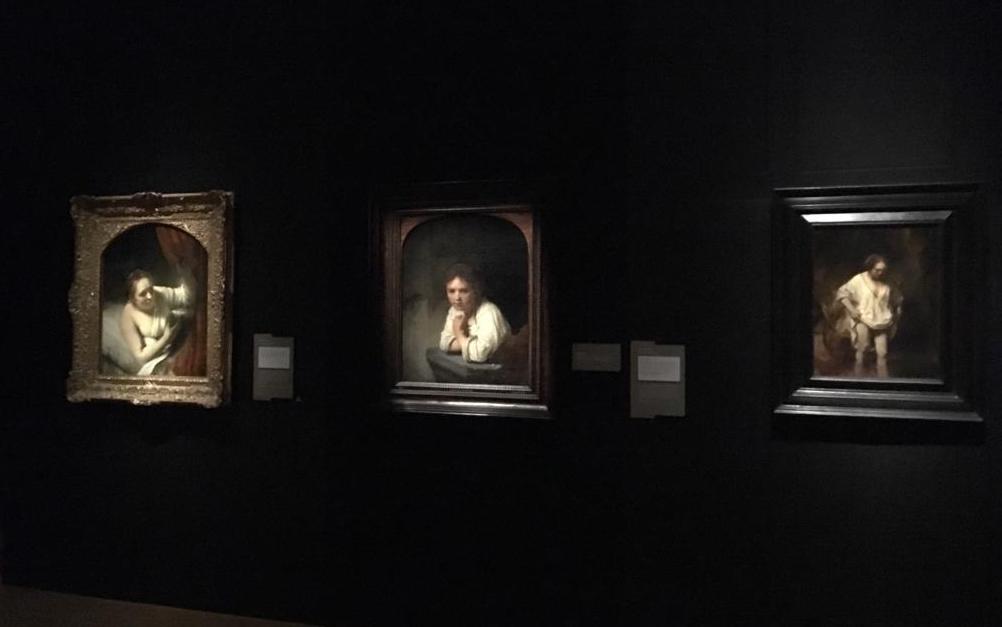 The Dulwich Picture Gallery (DPG) launched a new Rembrandt exhibition called “Rembrandt’s Light” on the 3rd of October to mark the 350th anniversary of his death. This unique collection of 35 of his best masterpieces, etchings and drawings, some shown for the first time in the UK, are to further explore the master as a painter, teacher, “imperfectionist” and, if he was alive today, his potential as a filmmaker.

Rembrandt is best known for his incredible way of using light as an instrument for drawing feelings out of the viewer as if you were in the subject personal company. The “realism” of his paintings is what he is best known for. This skill was honed through his particular technique of playing with different lights and manipulation of light in order to enhance the painting’s story or an effect.

His most well-known masterpieces tend to be portraits but he does not lack in originality in his etchings or drawings whether religiously or mythologically inspired. His etchings were never a copy of his paintings, they are all originals although they tend to use the same scenarios or people in them. He was a fantastic storyteller and one needs to closely inspect his works in order to truly see what goes on in them. 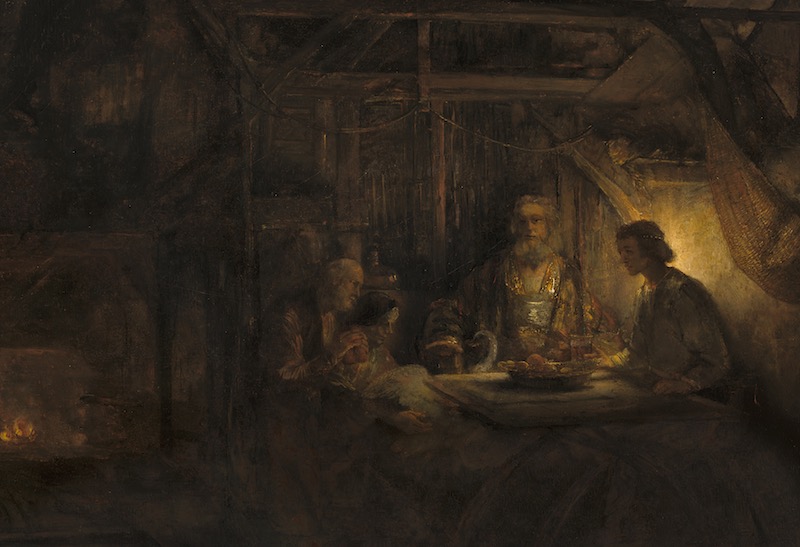 It was fascinating to learn that he was a master of creating the stage before he took up a paintbrush in his hand, similar to what filmmakers do today. He was truly setting scenes. A lot of his thinking was occupied creating the specific light (through the manipulation of different light sources and/or shadowing the light) to produce his masterpieces. He contemplated it a great deal.

The exhibition focuses on his most profound career period from years 1639-1658, where he bought and lived in this house in central Amsterdam. Today the house is the Rembrandt Museum. He picked this particular house because it served him as a perfect setting for his painting scenes and possessed a variety of lights entering the house at different times of day and seasons. The exhibition explores this in detail, as well as the influence of theatre and storytelling on his works. In some of his works, he is telling us a variety of stories all at once.

If Rembrandt was born today would he paint or rather express himself as a filmmaker? We will never know, but is it interesting to explore this idea through deep analyses of the way he worked.

He taught his students without much-written notes and preferred a “hands-on” teaching approach. Some work exhibited was previously attributed to Rembrandt but new evidence suggests it was most likely executed by one of his best student’s whom Rembrandt taught through painting exercises.

DPG uses an LED lighting system on one of the paintings in the room no. 4. The light dims and brightens as it moves across the painting revealing the story

piece by piece. This is the time to pause on one of the benches provided and go deeper into Rembrandt’s mastery of the medium. Accompanied by wonderful music, if you pick up the audio at the start of the exhibition, which I highly recommend as it draws you further into the depths of his painting life.

Rembrandt is suspected of purposefully adding imperfect details to his works. An oddly placed leg of an angel in the painting of ‘Christ and St Mary Magdalen at the Tomb’, 1638, or in the last room, the great masterpiece of ‘Girl at the Window’, 1645. Here the tiny white mark at the tip of girl’s nose, as if to point out that none of us are perfect, as it is in life itself.

I was never too keen on old masters as I feel I did not really fully understand them. This exhibition really draws attention to detail of feelings and Rembrandt speaks to us today as he did to his audience back then. Times of happiness and deep sadness, mystery and mischief or strength and wealth. Rembrandt had a unique way to portray this in his works and to approach his paintings as a filmmaker might approach cinema. This is a new way of looking at paintings I never previously considered.

Fascinating, playful and deeply reflecting on the feelings in the rooms as well as in myself. 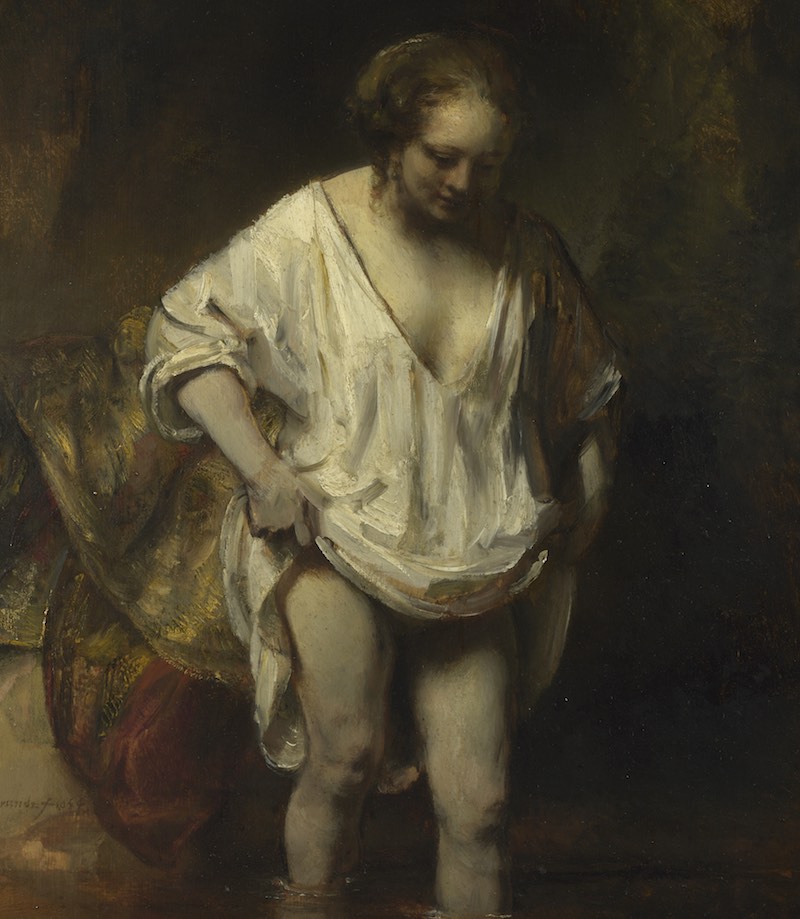 Where: Dulwich Picture Gallery in Dulwich

What: 35 of Rembrandt’s paintings, etching and drawings some show for the first time in the UK

Who: curator Jennifer Scott - The Sackler Director of DPG in collaboration with Helen Hillyard and Peter Suschitzky cinematographer (famed for Star Wars and others)

How: through visual, audio and meditative experience

Additional info: in order to invite the least likely audience to see this sort of exhibition DPG is introducing a special price for